The decision to allow the extradition of Gary McKinnon to the US on charges of hacking US defence computers raises a number of questions for both administrations. As an individual with Asperger's Syndrome the fate of Gary McKinnon must strike fear into the families of those with children or siblings with the same condition. The intense focus on a particular issue is a consequence of the syndrome and in many cases this could be a mundane subject such as cricket scores, trains or the weather. In Gary's case his focus was on the presence of UFO's and believing the US was covering up their existence he went looking for evidence. Using a normal computer with an internet connection he delved into the files of 97 US government computers looking for the evidence he believed was being hidden. He was identified while downloading a picture of what he believed was a UFO from one such computer to his own email address. He now faces a prison term of 60 years in a US maximum security prison. The question for the UK Government is to define the level of care provided to those with conditions such as Asberger's where the condition itself is not dangerous or threatening but its outworkings can leave individuals vulnerable.

For the US Government the questions are more practical. Having had their most secure computers infiltrated by someone in the UK with a basic computer and internet connection how secure can their systems be against the combined efforts of the Russians, North Koreans, China, Al Qaeda or any other intelligence service? Gary McKinnon has shown the US just how weak their defences are. The US should be thanking him and asking his advice not lashing out at an easy target.
Posted by Stephen Nicholl at 02:49 No comments:

Give them what they need. 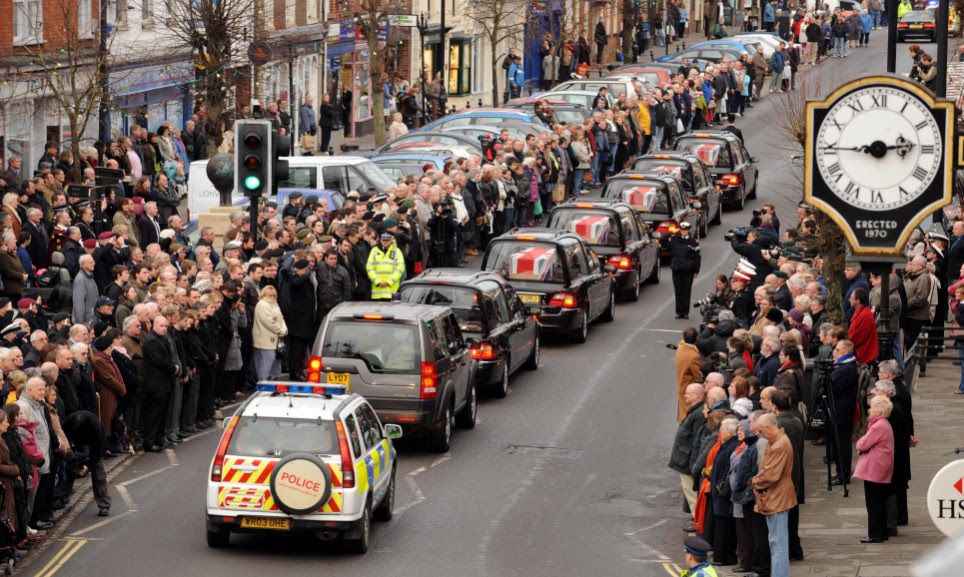 Last week the small town of Wootton Bassett came to a standstill once again for the repatriation of soldiers killed in Afghaniston. Apart from the friends, family and comrades of the deceased few communities in the UK will understand the human cost of the conflict to the same extent as the people of Wootton Bassett.


There have been many articles written and opinions given by politicians and commentators on the current situation ranging from calling for an immediate withdrawal to calling for many more troops and resources on the ground. It is clear that many mistakes have been made by politicians on this occassion, it is not possible to fight wars on the cheap and surely the first question that should be asked before commiting troops is "Can we afford to do this?". If we can't then we either don't become involved or the town of Wootten Bassett comes to a standstill more and more frequently.

What is particularly galling about the situation in Afghanistan is that on so many occasions troops are fighting across the same territory they fought over last week or last month. A lack of boots on the ground inevitably means that territory won at such a high cost is surrendered so cheaply.

This is a military campaign being waged by a Government which, having decimated the covenant between the community at large and the armed forces that protect them, believes that bankers in the City of London deserve bailing out while soldiers in conflict zones can be left devoid of the resources needed to do the job. Of course we can only surmise that the army are clear on what the job was they were sent to do, given that the then defence secretary John Reid thought they would come home from the deployment without firing a shot.

The message is clear to any Government, give the military the resources to do the job or bring them home. The services are up to the mission, this Government isn't.
Posted by Stephen Nicholl at 01:54 1 comment: